Since Election Day 2016, I spend each day trying to find the fine line between being informed and maintaining my sanity.

As soon as Donald Trump had become the GOP front runner in the election, I began talking about him, his rhetoric, and the terror I felt at the possibility he would be elected. Over the last few months, my fears have come true.

Trump ran on a campaign of hatred and exclusion. Anyone expecting less from his administration hasn’t been paying attention. He’s a 70-year-old man who has never shown the capacity to change. He believes his intelligence and experience are “the best” and surrounds himself only with “yes people.”

No one can control him.

Do you remember the disappearance (and murder) of Chandra Levy? 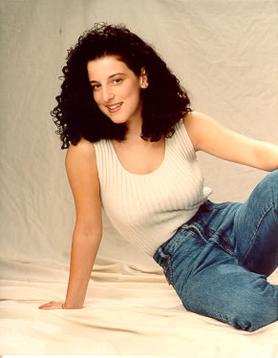 Her disappearance was all over the news in the summer of 2001, but after the 9/11 attacks we never heard about her again.

Do you remember the controversy about Rachel Dolezal?

It was all anyone could talk about for almost a week in June, 2015; until the SCOTUS decisions on the ACA and Marriage Equality.

The Reality TV POTUS and his media mogul right-hand man know better than most how to manipulate the country: they rile up crowds (both for and against them); they divert focus to minutiae; and they overwhelm us with a constant barrage of information and misinformation.

As Yonatan Zunger wrote in his Medium article, Trial Balloon for a Coup,

It wouldn’t surprise me if the goal is to create “resistance fatigue,” to get Americans to the point where they’re more likely to say “Oh, another protest? Don’t you guys ever stop?” relatively quickly.

They’re counting on us getting tired of reading the news, sharing our concerns, and rallying to support those we love.

They’re counting on us imploring our friends and family to get back to “what social media is supposed to be for.”

The Trump/Bannon White House wants us to give up; they want us to decide we can’t take it anymore; they want us to stop reading the news and sharing the realities of what they’re doing. Then they’ll have exactly what they want: an uninformed, apathetic electorate.

If we want to be part of the Resistance, we have to stay informed. A representative democracy only works when we’re informed and we make our voices heard.

Politics is personal. Don’t let anyone tell you it’s not.

5 thoughts on “Politics is Personal”